The Cost of Cheap

If somebody offered you a car for $500, you’d be quite right to question whether what you’re getting is actually a bargain. It might have 4 wheels, some doors and it may move forwards and backwards, but you’d still have a couple questions. The raw materials alone probably cost more, so something is clearly missing. A cheap website isn’t much different.

We find ourselves in a time when making websites has never been easier. At our disposal are countless free services or low-cost templates, and if either of those fail there’s that nice lady in your office who has a son who’ll whip up a site for little more than positive reinforcement.

You’re Paying For My Mistakes

More accurately, you’re paying for the mistakes I made yesterday. Making mistakes is an absolutely critical step in becoming good at anything, and if you ask professionals they’ll admit to making some unspeakable errors. If you hire somebody without experience, guess whose site they’re going to make theirs on?

I have a friend that will help with any home renovation project. Part of it is that he’s a genuinely good person, but the other part is something he’ll repeat often: “we’re going to make a lot of mistakes today, and I’d rather make them in your home so I don’t have to make them in mine down the road”. That’s a frighteningly honest thing to hear from a man holding a sledgehammer, but you have to admire how smart it is. I don’t blame you for asking why I’d let that man into my house. At the same time though, you can’t blame me for asking why you’d let somebody do the same to your business.

How a Cheap Site is Built

The easiest way to keep cost low is to have a set process that can churn out a product in very little time. That’s fantastic when the goal is getting a site quickly, but that’s ignoring the fact that launch speed is just one factor of many in a successful website.

Were you properly trained in how to use it? Is it easy to update what you need to update? Was it even designed and built with you in mind? Was there adequate user testing performed before launch to ensure users are able find what they’re looking for? What happens to the site after launch? I’ve made cheap websites in my day (we all have), and unfortunately the result is generally the same. The bargain price doesn’t include post-launch support or training, it wasn’t designed with you in mind because it’s easier to make things fast than make them easy to use, and if suddenly you realize something is broken on mobile you’re totally on your own. Now you’re stuck in an unenviable position. Instead of investing money into your site, you’re now investing time and sanity (and likely more money).

It Doesn’t Take Much to Turn People Away

Everybody has given up on a website in frustration. Maybe the information is difficult to find or the products are difficult to purchase. The truth is it doesn’t take much to turn people away. If a user becomes frustrated, it’s a sign that an important aspect of your site wasn’t given the attention it deserves.

I’ve always maintained you should treat your website the way you treat your storefront. How it looks, feels, and operates reflects directly on you. It gives your first-time customers an idea of the kind of job you’re going to perform. Having a website that looks like it was given a half-effort will only convince people that you’re the type who thinks half-efforts are acceptable.

So Are Cheap Websites Always a Bad Idea?

Not at all! It’s important to note that there is a time and place for them. If you have zero budget and the site isn’t connected to a business venture, then a cheap website can be perfect. I’ve recommended them for friends who need travel blogs or wedding information sites in the past and the results have been beyond acceptable. Those types of sites were very personal or were for single occasions. They can have quirks or imperfections and it isn’t going to be a disaster.

Whether it costs time, effort, stress, or actual revenue, more often than not taking the road of least expense can end up costing far more than a site done well. There are few things more disheartening than meeting with a client who’s ready to pay for a proper site only after burning through several bargain sites.

If you’re on the market for a company to help you build a site, do your homework and be sure to contact clients that have worked with them in the past. Are they happy? How was the overall experience? Have they seen tangible results? Be sure to ask these questions before moving ahead to ensure success.

This post was originally written by Russ Fee of FS Creative in April 2016. 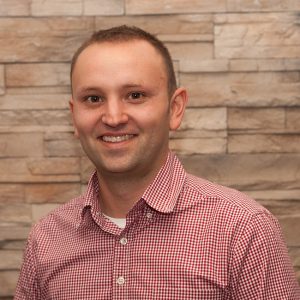