This is the first part of a series on the designer-client relationship, specifically from the client’s point of view. When you’re picking a designer, there are a ton of choices out there. A quick Google search of “Calgary web designer” will give you literally hundreds – or more – choices of people and agencies to do business with, in our city alone. How do you decide which one can deliver what you need, and how can you effectively work with a designer to be sure that you’re satisfied with the final product?

Remember that this isn’t a throwaway decision. You’re hiring someone to design what could very likely be the first impression a potential client has of you, whether it’s a website, an identity system, or a set of posters. If you can, schedule a face-to-face meeting with a potential designer to get an idea of the following: how she works, what kind and quality of work she can do, and whether you feel you can have a successful working relationship with her. (We’ll look at these three points briefly.) A half-hour over a cup of coffee should do the trick.

How involved do you want to be?

First, you’ll want to know how a designer works, and whether that matches the kind of working relationship you want to have with him. Do you want to work with one person, who’s going to produce everything, or do you want to work with a project manager, who will be in turn directing a team to handle your work? (The latter will likely be more expensive.) Do you want a designer who’s going to take all of your content, disappear for a couple of weeks, and then re-emerge with a fully-formed, ready-to-launch website? On the other end of the spectrum, do you want someone who’s going to check in with you every day to get feedback on even the smallest items? (Just a quick caveat – the closeness of your working relationship will likely directly depend on your budget.)

Can they design what you need?

Don’t forget that some designers will be more suited to doing the type of work that you require than others. Don’t be afraid to ask for examples of previous work that would reflect his potential to do successful work for you. For example, if you’re the director of an arts festival, but your potential designer specializes in websites for lawyers and bankruptcy consultants, there may be a conflict between his particular skill set and your vision for the project. (In other words, don’t be surprised if his first draft looks like a website for a lawyer.) As much as possible, don’t let your project hinge on a guess or a hope, but more on a provable track record for producing the kind of work that you’ll require.

Finally, you’ll want to get an idea of whether you can have a successful working relationship with her. If your designer is worth her salt, she won’t be afraid to tell you when you’re wrong, and to explain why they produced the kind of work they did. Remember that this could be a fairly long-term relationship, depending on the project, and if you get a bad vibe from her on the first meeting, you may be off to a rocky start.

You might be saying to yourself, “Gosh, Tim, this sounds a lot like I’m conducting a job interview here.” Essentially, you’re right. You’re trying to find someone with whom you can exchange money for services, and you’re working together towards a common goal that will be beneficial for your organization.

This post was originally written by Tim Hamilton, a Chicago-based graphic designer in January 2015. 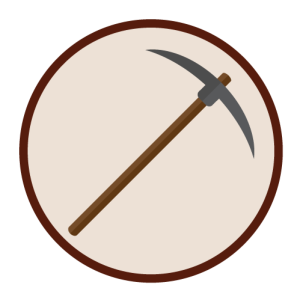 Born and raised in Wisconsin, Tim brings 100% more Yankee to the Build Studio team. He's been building websites since his first Geocities project as a middle-schooler, but his first real web project was for a children's theatre company back in 2003. Since then, he's been focusing on design and front-end development of responsive sites that make people happy to visit and that are easy for site managers to keep current.

When Tim's not in his sketchbook and code editor, he can usually be found watching baseball or hockey (and during the most glorious times of the year, both at once), trying to play guitar like Hendrix, reading as many books as possible, and playing Mario Kart with his wife Eva and their cat Eddie.

No comments yet. You should be the first!